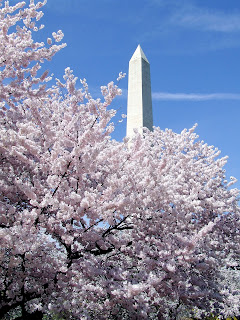 This spring we dashed off to DC to visit some friends (who are also clients) during the National Cherry Blossom Festival. As always, there's a longer list of places we'd like to visit than time allows, but this year we managed to hit a few choice spots.
National Museum of Women in the Arts--great photography exhibits, the best of which was by Louise Dahl-Wolfe. She was one of the main fashion photographers used by Harper's Bazaar from the 1930's through 1950's. She took fashion photography out into the world, shooting at exotic locales and using the shapes, light and textures of the settings as inseparable parts of the fashion image, and these backdrops took on a new importance n because of their visual or symbolic relationship with the fashion being presented. Also saw an exhibit of Mary McFadden designs, alongside some of her own textile and jewelry collection. Some of the pieces are thousands of years old and when the items are viewed with her clothes, you can clearly see the dialogue of inspiration.
Renwick Gallery--This one's near the White House and is part of the Smithsonian. It houses American art and often has a particular focus on American craft, decorative arts and design. This spring we saw a beautiful exhibit about Greene & Greene, the architects who designed the arts and crafts jewel known as the Gamble House, in Pasadena CA. The details are just amazing, and they often worked with furniture craftspeople to create pieces for the interiors of their structures. The resulting harmonious effect is something to behold. We also caught a recital of the Washington national Opera's Young Artists in Residence. They performed excerpts from American operas in various solos and ensembles. All were excellent, and the head of the WNO and the program, Placido Domingo, was there. We got to hear him speak, but not sing!

Library of Congress--one of the grandest and most beautiful buildings in DC, and the things it contains are precious to our culture and intellectual life. Take the docent-guided tour. 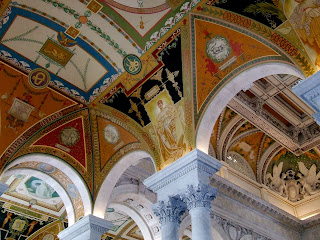 Smithsonian American Art Gallery & National Portrait Gallery--great WPA exhibit at the former and thought-provoking portraiture at the other. I'm sure the WPA exhibit was curated at least a year ago, but seeing it during these troubled economic times makes me wonder if the government "stimulating" some public art might be a good idea again...

Freer Gallery--Asian art, along with Whistler's art inspired by Asia. The Peacock Room is jaw-droppingly elaborate, worth a stop in itself.

Our government in action--We waited in a very loooooong line at the Supreme Court, in a cold and blistering March wind, only to find that there were no more places available for the full argument and we could only go sit in the three-minute seats. I've seen a full argument and it's fascinating, but Bill and Marla had not seen it at all; for them, three minutes was better than nothing!

We also went to a Congressional hearing, a House hearing on Afghanistan and Pakistan (Understanding and Engaging Regional Actors). 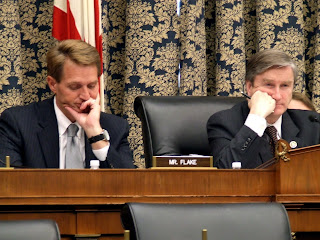 You would think that with Pakistan in its current highly unstable state, nukes, Taliban in the Swat Valley...and with Afghanistan boiling up again...that the hearing would have been informative and interesting. Alas, it was rather dull! Oh, well!

Lastly, the the new Capitol Visitor Center is very nice but the standard tour is pretty short and not that sweet. I'd recommend arranging your tour through your congressperson's office several months prior to your trip. They are more personalized and more interesting.


Folger Shakespeare Library--nifty exhibit of books and writings on sleep and dreams. Beliefs in Elizabethan times were quite interesting, given what we know now about the subject. Recreated Globe Theatre inside is way cool. Would love to see a performance there... 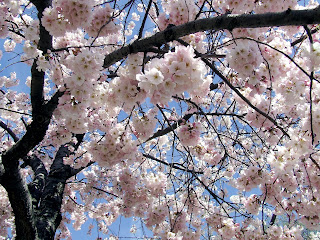 Cherry Blossom time--we strolled all around the Tidal basin and finally took in the beauty of the annual bloom of these non-fruit-bearing ornamental cherry trees. There is usually various festival entertainment in front of the Jefferson Memorial, but technical difficulties reduced our entertainment to people-watching. The blossoms are as beautiful in person--more so--than in photos. I've got one on my desktop screen now, to keep the lovely memory fresh.
Posted by Nicole and Mon Voyage at 1:25 PM